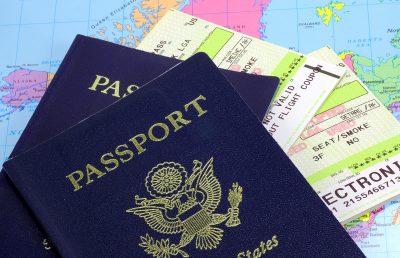 If you are an asylum applicant, asylee (an individual who has been granted asylum), or lawful permanent resident who obtained such status based on your approved asylum application, you are subject to special rules with regard to traveling outside the United States. You may not be able to return to the United States if you leave the country without permission while your asylum petition is still pending, or you may lose your asylee status if you travel to the country of claimed persecution.

Traveling Outside the U.S. as Asylum Applicant

Importantly, even with advance parole, if you go the country in which you have been persecuted according to your asylum application, you will be presumed to have abandoned your asylum petition, unless you can explain why you had to go back to the country that persecuted you, and how you were able to return safely. If you do not provide a compelling explanation, your asylum application will be considered abandoned. Your return to the country of claimed persecution can also be considered evidence that your alleged fear of persecution is not genuine, undermining your chances to be granted asylum. Advance Parole is reviewed on case-by-case basis and rarely granted to asylum applicants.

Traveling Outside the U.S. as Asylee

If you travel to a third country (meaning a country other than the United States or the country from which you have been granted asylum) as an asylee, even with a green-card and a travel document, you may be in danger of extradition to the country of persecution. Although Article 33 of the 1951 Refugee Convention establishes the principle of  “non-refoulement”, meaning that a country is prohibited from expelling a person who has been granted refugee status to the country where such person fears persecution, countries can claim “exceptional circumstances” to question the person’s refugee status. The non-expulsion provision also does not apply to a refugee who is considered to be a danger to the security of the country in which he is, or who, having been convicted by a final judgment of a particularly serious crime, constitutes a danger to the community of that country. Furthermore, countries who have not signed the 1951 Refugee Convention are not bound by the non-expulsion principle. India, Indonesia, Iraq, Libya, Malaysia, Mongolia, Saudi Arabia, Singapore, Syria, United Arab Emirates, and Uzbekistan are among the countries who are not parties to the 1951 Refugee Convention.

As mentioned above, before you travel to a third country, you must obtain a refugee travel document. Under the UN Convention, all countries who signed the 1951 Refugee Convention, must accept the Travel Document instead of your passport. Travel Document serves as your passport, but it does not waive the visa requirements of the third country which you intend to visit. Some countries, for example – Germany, do not require the US asylee’s to obtain visas. This means that, if you received US asylum and obtained a Travel Document, you can travel to Germany without applying for visa. However, not every country waives its visa requirements for US asylees. As such, it is always recommended to first check the visa requirements of the country which you intend to visit. If visa is required, it will be stamped in your Travel Document just as it would be stamped in your passport. You are not recommended to use your country’s passport during travel. If you use your passport for travel to a foreign state, you will be treated as a citizen of your home country, from which you escaped. Thus, by using your home country passport, you will avail yourself to extradition treaties that may exist between the country of your visit and the country of your persecution. Therefore, if you were granted asylum in the US, you should always present your US Refugee Travel Document when asked for passport and you should always introduce yourself as a US asylee. Travel to some states is never safe. For example, although Russia signed the UN Convention on Status of Refugees, Russian customs and immigration agencies often detain asylees and demand ransom threatening to send them back to the countries of persecution.

Traveling Outside the U.S. as Green-Card Holder after Asylum

If you are a lawful permanent resident (green-card holder), who obtained such status based on your approved asylum petition, you may travel abroad, but again, with Refugee Travel Document. Green-card gives you a right to return to the US. But green-card does not substitute a travel document or passport. Therefore, even if you have a green-card based on asylum, you should obtain a travel document before traveling.