Asylum from Russia for a Victim of Police Corruption 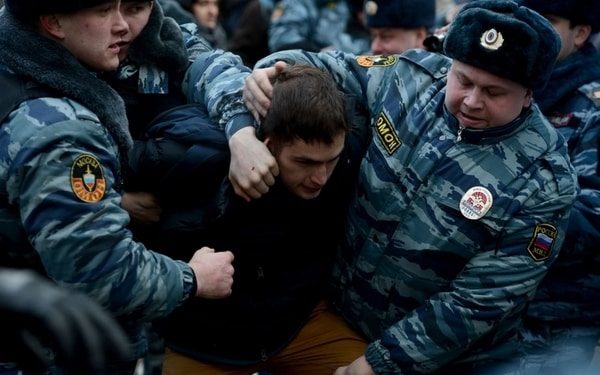 I.S. Law Firm secured a grant of asylum through immigration court in a case involving a young man from Russia who had witnessed a crime perpetrated by a prominent criminal group. The Ministry of Internal Affairs of Russia pressured our client to give false testimony. When he refused to do so, the Russian government issued a warrant for his arrest.

The main challenge in this case was to demonstrate that if the client was deported to Russia, his arrest in Russia would constitute persecution on account of his imputed political opinion, versus prosecution on account of his criminal activity. Attorney Ismail T. Shahtakhtinski was able to demonstrate to the satisfaction of the U.S. Department of Justice that the respondent’s refusal to comply with the orders of the Russian government coercing him to give false testimony was sufficient manifestation of the respondent’s imputed political opinion, on account of which the Russian government brought the false charges against the respondent. Political opinion is one of five enumerated grounds (the other four are race, religion, nationality, and membership in a particular social group) that establish a basis for asylum in the United States if a person was persecuted because of a corresponding characteristic in their home country.

Attorneys at I.S. Law Firm argued that our client was persecuted in Russia because of his political opinion, which was implied and manifested by his actions: his refusal to conceal the murder he witnessed, and his refusal to give false testimony about the affairs of the criminal group that committed the murder. Our lawyers argued that political opinion does not necessarily need to be presented in the form of belonging to a political party or participating in political activities. Instead, political opinion and opposition can be “implied” and “imputed”, for example, in defying the orders of the government, including an order to give false testimony.

Further, based on our investigative research, carefully prepared evidence, and the respondent’s own testimony, which was found credible, we showed to the satisfaction of the judge, that the Russian government not only failed to protect our client from the intimidation, attacks and threats by criminal groups, but the government itself systematically intimidated and threatened the respondent and his family in order to force him into giving false testimony. After the respondent was able to escape from Russia, the intimidations did not stop. In his absence, criminal proceedings were initiated against him in Russia. Eventually, our client has been placed on an international “wanted” list by the local police in connection with the case that had already been closed using his testimony. The Russian police have been actively trying to find out the location of our client and the possible date of his return, so that they could persecute, harass, and intimidate him further upon his return. Thus, we proved that our client had a well-founded fear of future persecution if he returns to Russia.

Using credible sources such as U.S. Department of State Human Rights reports, attorneys at I.S. Law Firm demonstrated that police in Russia are notoriously corrupt and ineffective in fighting organized crime. Often, police officers do not respect the law or human rights norms, and sometimes engage in crime themselves. The 2010 Department of State Human Rights Report on Russia states: “According to the Ministry of Interior Web site, MVD officials committed 125,000 offenses during the year (21 percent more than in 2009). Of this number, an estimated 63,000 involved misconduct or disciplinary violations, and 4,171 criminal cases against police officers were initiated. … On January 22, Aleksey Dymovskiy, a former police officer who gained notoriety for his Youtube video in which he accused the Novorossiysk police force of corruption, was arrested and charged with defrauding the police department of 24,000 rubles ($775). He was held in pretrial detention for two months, and then released.”

Russian police are also known for extracting false testimony from witnesses. In the high-profile case of the former oil tycoon Mikhail Khodorkovsky and his oil company Yukos, a key witness, who fled to Spain, “has accused the Russian state of pressuring, beating, and torturing him with the goal of obliging him to give false testimony against the oil magnate”. Police corruption in Russia is widespread. A recent study found Russia to be one of 10 most corrupt police forces in the world, stating: “Russian government is no stranger to corruption, especially within its police force. Within recent years, facts have surfaced about the corruption and crimes being committed by Russian police officers. Police brutality, extorting bribes and arresting innocent citizens are all crimes that have been committed among Russian police forces. In order to ensure monthly quotas and make ends meet, Russian police turn to corruption and bribery.”

Russian President Medvedev has vowed to fight corruption and reform the police force, but so far largely unsuccessfully. In Russia, police officers commonly extort bribes through entrapping their targets. For example, traffic police often set up obstacles on the road that force drivers to break the law by crossing double lines, then wait nearby to pull over their victims. Tax police sometimes arbitrarily block a legitimate small business’ bank account and make the business owner come to the tax police office over and over under different pretenses, suggesting that he should pay a bribe. For that reason, many analysts expressed their skepticism regarding President Medvedev’s proposed reform of the police force: “Ultimately, the police are instruments in the hands of a more powerful institution: the Federal Security Service (FSB), successor to the KGB, which remains outside public control and above criticism. The Russian police service is not only headed by a former FSB operative but is packed with its people, says Vladimir Pastukhov of the Russian Institute of Law and Public Policy, a think-tank. The FSB can dabble in any business it likes, but relies on the police to do the footwork. Serious police reform is therefore impossible if the masters are left alone.”

On March 1, 2011, the Russian police officially changed its name from Soviet-era militsia (militia) to politsia(police), as part of President Medvedev’s efforts to improve its image. However, most experts as well as the Russian public have been skeptical: “Many Russians see the new police law and the interactive website as steps in the right direction. But … most doubt the reform will put an end to the police’s near-total impunity and make its officers more accountable. In a poll conducted last year by the independent Levada polling center, 52 percent of respondents said the new police law was superficial and would not bring meaningful change. Only 19 percent said they believed the police would improve, while another 29 percent had no opinion on the matter.”

To obtain approval of our clients’ asylum petitions, attorneys at I.S. Law Firm gather subjective and objective evidence, country reports, complete the forms, write memorandums, thoroughly prepare our client for the questioning, and stand by our client’s side, supporting him or her throughout the entire process. We are proud of our success rates in asylum cases, both affirmative asylum cases through the USCIS and defensive asylum cases through immigration courts.