Skip to content
Obama to take executive action on immigration 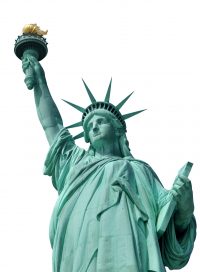 On Monday, June 30th, 2014, President Barack Obama announced that he would take executive action to address the United States’ immigration problems, starting with redirecting interior resources to the border and asking for recommendations from the Secretary of Homeland Security and the Attorney General by the end of summer.

Speaking in the Rose Garden, President Obama reiterated his commitment to passing a comprehensive immigration reform and criticized Republican members of the U.S. House of Representatives for blocking a vote on an immigration bill. Obama said that House Speaker John Boehner had informed him last week  that Republicans will continue to block a vote on immigration reform at least for the remainder of this year. This has made the President turn to executive action.

In his remarks, President Obama said:

Today, I’m beginning a new effort to fix as much of our immigration system as I can on my own, without Congress.  As a first step, I’m directing the Secretary of Homeland Security and the Attorney General to move available and appropriate resources from our interior to the border.  Protecting public safety and deporting dangerous criminals has been and will remain the top priority, but we are going to refocus our efforts where we can to make sure we do what it takes to keep our border secure.

I have also directed Secretary Johnson and Attorney General Holder to identify additional actions my administration can take on our own, within my existing legal authorities, to do what Congress refuses to do and fix as much of our immigration system as we can.  If Congress will not do their job, at least we can do ours.  I expect their recommendations before the end of summer and I intend to adopt those recommendations without further delay.”

This would not be the first time President Obama has used executive action to deal with immigration issues, specifically with undocumented immigrants. On June 15, 2012, the Obama Administration announced that certain young people who were brought to the United States as young children, do not present a risk to national security or public safety, and meet several key criteria, would be considered for relief from removal from the country or from entering into removal proceedings. This is known as “Deferred Action for Childhood Arrivals”, or DACA. Successful DACA applicants are eligible for work authorization. In less than two years since the 2012 announcement, more than 610,000 DACA applications have been filed, and over 521,000 DACA requests have been approved. DACA beneficiaries can renew their status in two-year increments.

Attorneys at I.S. Law Firm have provided consultation and legal help to many immigrants, including in complicated cases involving removal proceedings. To explore your immigration options, please contact us at +1-703-527-1779 or via email at [email protected]