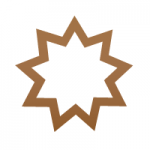 I.S. Law Firm secured a grant of asylum under Section 208 of the Immigration and Nationality Act (INA) for a refugee from Iran, who was persecuted in her home country based on her religious views.

Attorneys at I.S. Law Firm proved that our client was persecuted based on two grounds: religion and membership in particular social group. We successfully demonstrated that our client had been attacked and threatened due to her imputed religious beliefs and had a well-founded fear of persecution in the future if she returned to Iran.  As such, our client qualified a refugee – a person who, “owing to a well founded fear of being persecuted for reasons of race, religion, nationality, membership of a particular social group or political opinion, is outside the country of his/her nationality and is unable or, owing to such fear, is unwilling to avail himself/herself of the protection of that country,” and was eligible for asylum in the United States.

Specifically, I.S. Law Firm was able to demonstrate to the satisfaction of the Asylum Office of Bureau of Citizenship & Immigration Services that our client’s assailants attacked her home, vandalized her property, and threatened her with severe punishment due to her religious affiliations.  We showed that throughout the attacks and assaults, the assailants threatened our client with specific threats that were motivated by the assailant’s hate and condemnation of our client’s religious affiliation, which was imputed to our client based on her approval of her son’s conversion to Baha’i religion and her son’s escape from Iran.

Moreover, we showed that the government of Iran did not provide any protection to our client and would have harmed her if she returned to Iran.  Based on 2009 U.S. Department of State Country Report for Iran, attorneys at I.S. Law Firm argued that the members of Baha’i religion were subject to countrywide persecution in Iran at the hands of the government itself: “In practice, the government severely restricted freedom of religion, particularly the Baha’i faith.”  To further support our argument, we cited other findings of the same report, including multiple cases of unlawful raids of homes, arbitrary arrest and imprisonment, unlawful confiscation of religious materials, and many other infringements of human rights endured by followers of the Baha’i faith in Iran.  In 2009, the United States Commission on International Religious Freedom (USCIRF) placed Iran in the fourth top place on the list of countries of particular concern, saying: “The government of Iran continues to engage in systematic, ongoing, and egregious violations of religious freedom, including prolonged detention, torture, and executions based primarily or entirely upon the religious of the accused.”

A valid asylum claim may be based on persecution of nongovernmental actors if the government is unable or unwilling to provide protection to the asylum applicant.  In this case, our client had suffered persecution at the hands of her husband’s relatives and could not rely on Iranian authorities to support her.  Using official materials of the United Nations High Commissioner for Refugees (UNHCR), we demonstrated that offensive acts committed by the local populace can be considered as persecution if they were knowingly tolerated by the authorities, or if the authorities refused, or proved unable, to offer effective protection.

We proved that our client’s case fell under the Board of Immigration Appeals’ (BIA) definition of persecution as “infliction of harm or suffering by a government, or persons a government in unwilling or unable to control, to overcome a characteristic of the victim.”  Based on other landmark immigration cases, we showed that persecution does not require bodily harm and may include threats and attacks even if the applicant has not been beaten or physically harmed.  We also argued that, when the persecution is inflicted on the asylum applicant because of an imputed characteristic related to any of the five protected grounds (race, religion, nationality, membership in a particular social group or political opinion), the persecution is “on account of” that characteristic, regardless of whether or not the applicant actually possesses it.  The Board of Immigration Appeals (BIA) interpreted the phrase “persecution on account of membership in particular social group” to mean:“persecution that is directed toward an individual who is a member of a group of persons all of whom share a common, immutable characteristic.”

Attorneys at I.S. Law Firm therefore made the case that persecution on account of religion may assume various forms, including the prohibition of membership in a religious community, or worship in private or in public, of religious instruction, or serious discriminatory measures imposed on persons because they practice religion or belong to a particular religious community.  We successfully proved that our client should be granted asylum based on the information and evidence we provided.

In order to obtain approval of our clients’ asylum petitions, attorneys at I.S. Law Firm gather subjective and objective evidence, country reports, complete the forms, write memorandums, thoroughly prepare the applicant for the questioning and stand by the applicant’s side supporting him/her throughout the entire process.  We are proud of our success rates in asylum cases, both affirmative asylum cases through the U.S. Citizenship and Immigration Services (USCIS) and defensive asylum cases through the immigration courts.